Before the French occupation of Algeria in 1830, a wall (sour in Algerian Arabic) of around three metres in height was built around Blida, with seven bibane (bibane is the Algerian Arabic word for 'gates') formed to access the town from different areas. The gates were built by the Othoman Turks to ensure protection to the local inhabitants of the town and later became a popular part of the heritage and history of Blida. Some traditional markets and cemeteries were situated outside of the wall. 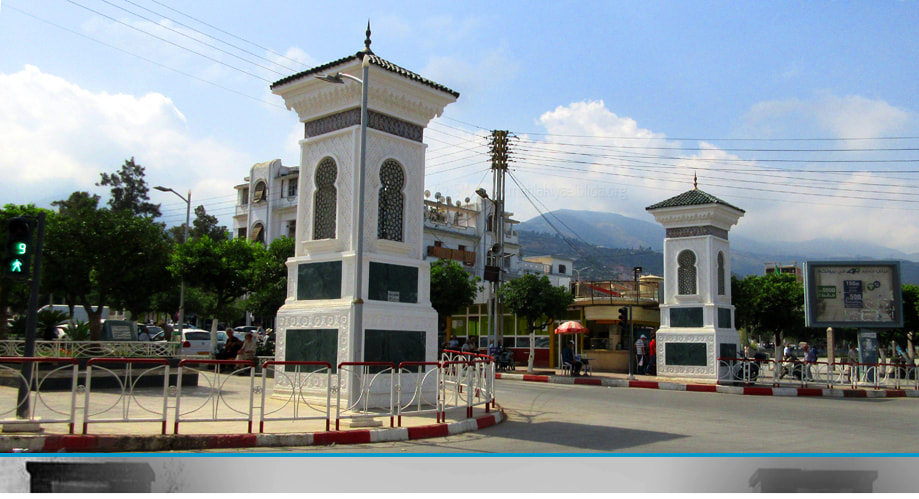 THE POPULAR BAB ESSEBT: One of the historic gates of the town
At the time, the Ottoman Turks’ authorities would manage the opening of the gates in the early morning and the closure after (Maghreb) sunset prayer. With the exception of ‘Bab Edzair’ where its closure was extended to after Isha (night) prayer to allow those arriving late from Algiers and neighbouring areas to get back home.

During the French occupation, around 1865, the colonial administration raised the walls with stones up to four meters in height, while replacing the wooden gates with iron ones with the  purpose of ensuring the protection of the French colonists.  The gates and walls remained standing for around a century, before the French administration decided their destruction around 1926, to surround the town with boulevards and the plantation of bigaradiers (Larendj in Algerian Arabic) trees.

These gates no longer exist, but their names are still in use (except Bab el Qbour and Bab el Kseb) by people in Blida as reference points to locate streets and areas.

The Gates of Blida 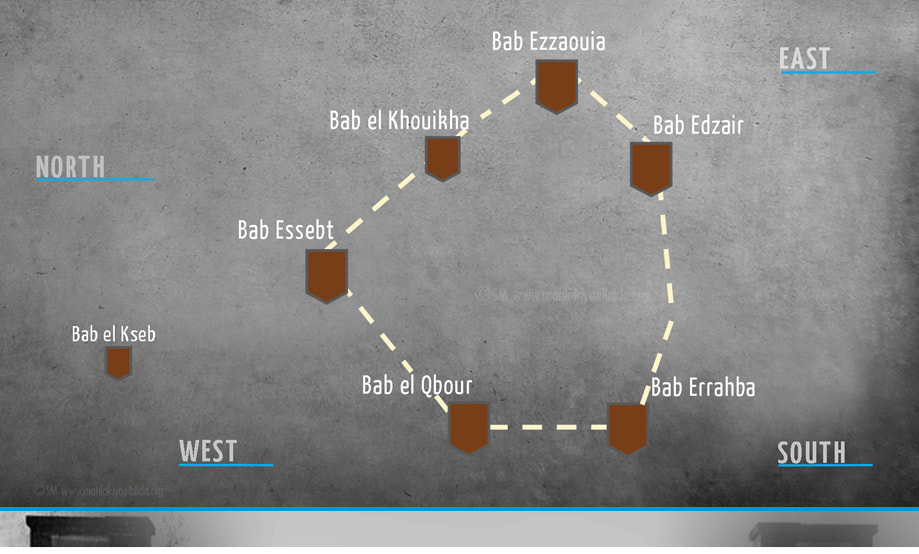 This gate is situated in the south of the town with an access route to the southern areas. It opens on the Chrea route and L’avenue des Moulins where the renowned 'La Boulangerie Akli'  was previously situated. The inhabitants of the nearby mountains and hills would bring their stock of wheat, fruit and vegetables to sell in the market; accessed by the bab Errahba.

In the west of Blida, this gate is the opening (close to secondary school Lycee Ibn Rochd) towards the cemetery where Patrice Lumumba Garden (Jardin Bizot)  is located.  It is said that Jardin Bizot was built in 1858 on top of an old cemetery. It was also called by the French as la “Porte de Bizot” and the "Citadelle".

Sebt means Saturday. This gate is situated at the north of the town, opening to the ‘local Saturday Market’. It also refers to the market held at Mouzaia outside Blida.

AT THE TIME OF THE FRENCH OCCUPATION: Top left to right - Bab Edzair, Bab el Qbour and Bab Errahba. Bottom row - Bab Essebt over the years

It was a small gate mainly known to its local residents. It is located on the north-west of the town, the French called this gate ‘la Porte des Chasseurs’; The Hunters’ gate.  Bab El Khouikha is parallel to Bab Azzaouia.

It is in the north-east of the town and opens onto the Zouia of Sidi Medjber. Zaouia Sidi Medjber is the original residential area of ‘Blida el Qdima’ in the Sidi Abdlekader area; extending from both Bab Ezaouia and Bab El Khouikha.

Bab Edzair leads towards Algiers. It is located in the east of the town at the cross road (Carrefour) of Rue D’Alger and ex L'hopital Ducros (Rue Denfert Rocherau at the time of the French occupation) and closes after Isha (night) Prayer.  Previously, there was Baba Mohamed Mosque which would host those arriving late from the east to Blida after the gate had closed.  The late arrivals would spend the night in the Mosque (Bait el Hbous) and in the early hours of the morning after Fadjr (sunrise) prayer, the gate would open and they would head into the town. A cemetery was also located in the area of this gate.

This was a small gate, not that significant compared to the other six gates. This part of town became known for the Kseb (Bamboo) that grew in this area, hence the name Bab El Kseb. This gate leads to areas of Sidi Yacoub, Bouarfa and Treb Lehmar.