Jardin Bizot as known by most locals in Blida, is a public garden located close to the bustling city centre. The garden is walking distance from the main town’s square of ‘Place Ettoute’. It is situated in the south west area of Blida by the river bank of Oued Sidi el Kebir. It is close to the well known secondary school Lycee Ibn Rochd. 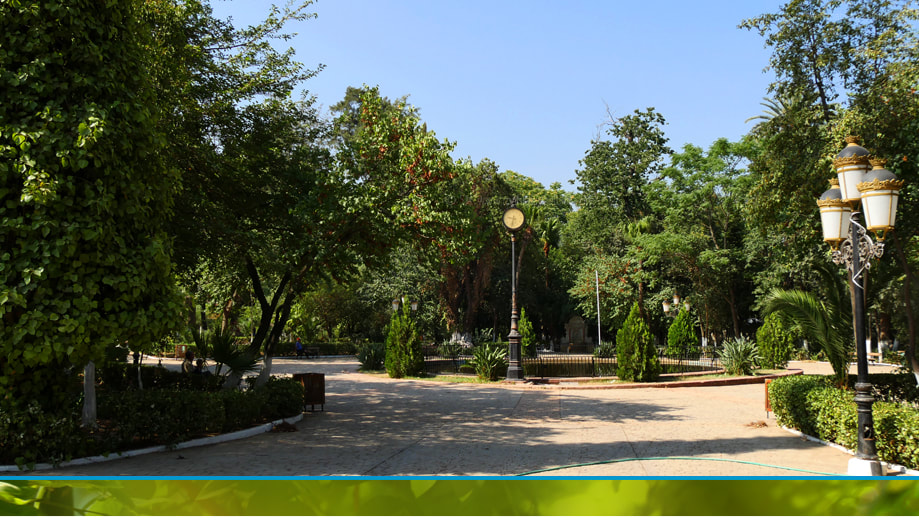 JARDIN BIZOT: Main entrance and pond
The garden was created in 1858 during the French occupation of Algeria.  It was during the French occupation that the council leader and maire (mayor) M Borely La Sapie that ‘Le Jardin Bizot’ opened.  The ‘Jardin’ was situated on a military site and did not belong to the municipalité (local council). However, In 1890 the army put the land of the garden and many other places in Blida that they had ownership of for sale through auction. The aim was to raise funds to build more military barracks in the southern part of the town.
At that time, a tug of war erupted between ‘la municipalite’ and the army (Genie) regarding the land of Jardin Bizot. Eventually, the ‘Jardin’ was saved from being sold and kept its doors open so that once again the garden could be admired by the colonial community.
​
The garden’s size is estimated at around 12000 meter square. Dotted with green spaces, different local plants and imported centurial majestic trees from India and the American continent. The garden was a place where the colonial community often would get together and enjoy social activities and music events.
The garden sits respectfully on an old cemetery and
it is near or part of one of the famous gates of the
town, ‘Bab el Kbour’. A gate that was situated
between the secondary school ‘Lycee Ibn Rochd and Jardin Bizot. ​​​

PAST AND PRESENT: Outside the Jardin Bizot entrance
The garden’s name ‘Bizot’ was given by the French during the colonisation of Algeria, in honour of a French military officer Colonel Michell Bizot (1795-1855). In 1968, six years after Algeria became independent, the garden was renamed Patrice Lumumba (1925-1971) in honour of the African Congolese independence leader.
The garden also has its share in Blida’s history and past. It sits respectfully on an old cemetery and it is near or part of one of the famous gates of the town, ‘Bab el Kbour’. A gate that was situated between the secondary school ‘Lycee Ibnou Rochd and Jardin Bizot. ​​

One of the features of the ‘Jardin’ is the elegant marble fountain that flows daily with fresh water from the river of Sidi el Kebir.  This marbled fountain was built in 1928 after a donation from Mr Sauvaget - Ingenieur en Chef des Chemins de Fer de L’Ouest Algerien.  Initially, the fountain was to be built in ‘Rue Randon’ (now Rue Brakni Mustapha) - where the daily souk ( market) street starts from the north - it was later decided by the local council that Jardin Bizot was the better place for it. 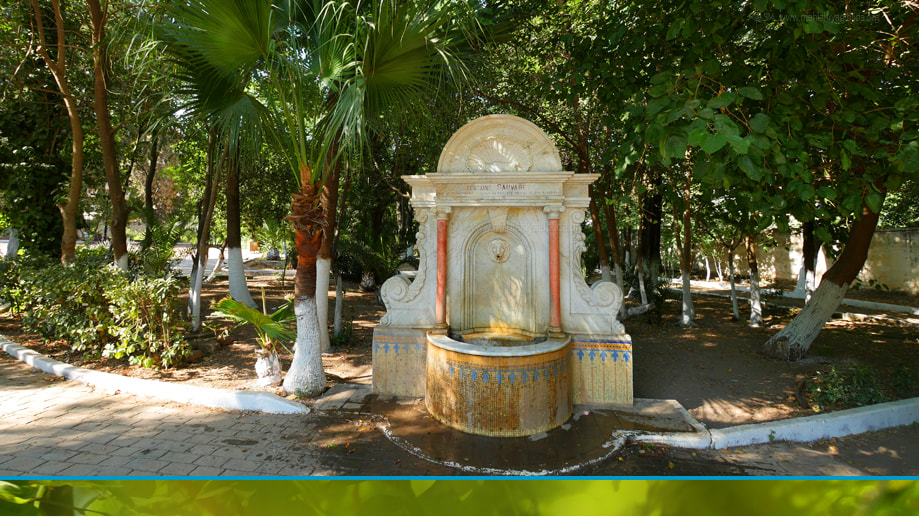 THE GARDEN'S FOUNTAIN: The fresh water flows from the natural source of Oued Sidi el Kebir

A place of peace

This is a garden that you could spend sometime in with the family, that’s how it was some decades ago. It has a lovely atmosphere all year round. It is dotted with small green spaces in the shape of small gardens. There are magnificent old trees that date back from over a century ago.

Children can wonder around and explore nature at its best with tropical scents, different plants and gigantic trees.  The many different birds flying and singing around in the magical atmosphere.  The garden has a wonderful circular pond with many ducks swimming.  In the past there used to be different types of fish in the pond.
Without a doubt Jardin Bizot is truly a place of rest and peace. The garden offers a real sense of tranquillity and personal space.  The latest restoration and re-opening of the garden which was closed in 1992 due to security reasons, has recreated a sense of nostalgia and restored one of Blida’s original features.  Jardin Bizot remains one of Blida’s attraction and historical features.