SIDI YACOUB 'A MAN FROM THE PAST'

​Sidi Yacoub Echerif is buried in the western part of the town of Blida. The place is known by the local in Blida as ‘Qobbet Sidi Acoub’ shortened to 'Sidi-Yacoub' (Jardin Mohamed V), a mausoleum surrounded by olive trees that were planted centuries ago. The place, Sidi Yacoub and its story carry another chapter of Blida’s history. 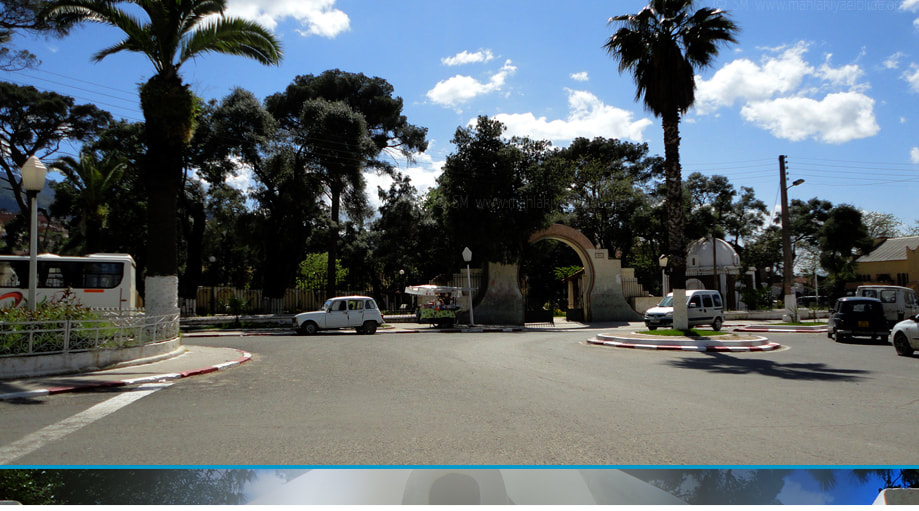 SIDI YACOUB: Another chapter in Blida's history
Sidi Yacoub was a Wali saleh (pious and religious man) who arrived in the very early 16th century from Marrakech (Morocco) passing by Blida on his way to Mekkah (present-day Saudi Arabia) to perform the rituals of hajj (Muslim pilgrimage).

After many tiring days of travel from Marrakech, heading east, Sidi Yacoub reached the Chiffa River in the Mitidja plain. It is said that it was at the time of Asr (Mid afternoon)  prayer that he made camp at the right bank of the river ‘Oued ar-Romman’, which would later be known as ‘Oued Sidi el Kebir’ in Blida, to perform the daily prayer.  Sidi Yacoub and his companions set-up a kheyma (tent) and tied up the horses and camels.

​Sidi Yacoub was so pleased with the attractive and natural scenery of the place that he made prayers asking Allah (God) that he hopes to return safely to the same spot after the hajj (pilgrimage).
Sidi Yacoub reminded his companions of the
​mtarek (olives tree sticks) he used to set up and fix his kheyma (tent).

In search of the 'mtarek'

A GARDEN WITH A LEGENDARY STORY: A place of tranquillity surrounded by some of the oldest trees in the town

​The return and the wish

While he was preparing to travel back to Morocco the following day, he told his travelling companions of his wish to be buried in this place when he passes away. Later in the night he peacefully died. It is said he was in good health when he passed away.  He died far away from his family and relatives, but his wish was fulfilled and he was buried in this spot in Blida.  Sidi Yacoub arrived in Blida before Sid Ahmed el Kebir, the founder of Blida. The legend says that Allah (God) had fulfilled his wish.

A garden with a long life

During their occupation of Algeria, the French called the place ‘Le Bois Sacre’ meaning ‘the Sacred Wood’, referring to the story of Sidi Yacoub Echerif. Qobbet Sidi Yacoub, the grave ‘Mausoleum’ is wonderfully sheltered by Allepo pines, araucarias, and olive trees. It has become symbol of  'baraka' (blessing) of the town as the old generation of Blida have always said.  It is the French who made the place a public garden when Napolean III visited Blida in 1860.  Now it is called Jardin Mohamed V.