Blida is a city in Algeria, North Africa. It is one of the 48 wilayas (provinces) situated in the north of Algeria. It lays attractively beneath the mountain of Chrea which is part of the Tell Atlas Mountains and on the right bank of Oued (river) Sidi el Kebir.  It is 48 Km southwest of the Algerian capital Algiers.

Like most northern cities in Algeria, Blida enjoys the typical Mediterranean climate with mild and gentle springs, warm and dry summers and rainy winters with snow in towns and on the Mountains of Chrea. 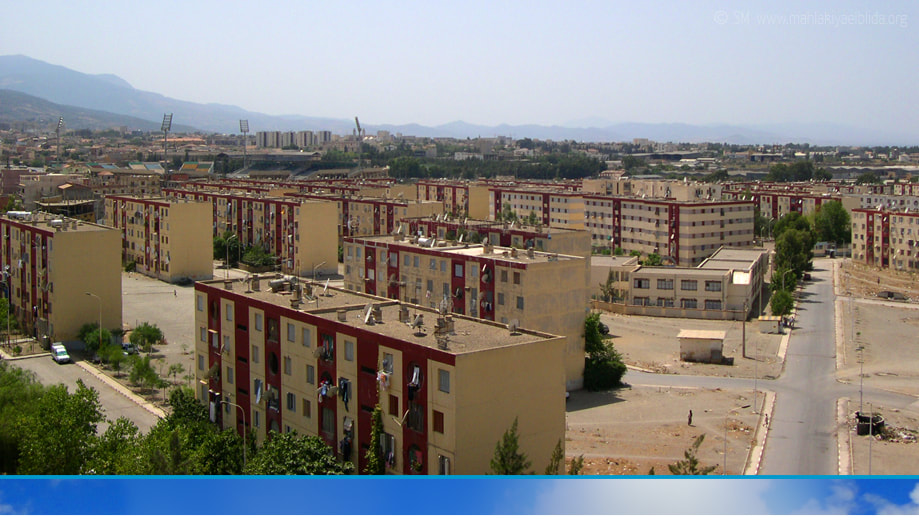 FERTILE MITIDJA: Blida and its surrounding areas produce large quantities of vegetation and crops
​Blida and the fertile soils of the Mitidja plain have always been known for its agriculture and trading of wheat, barley, fruits, vegetables and olives. It was known as ‘Le potager de l’Algerie’.  Unfortunately in the last four decades, many of  the fertile lands in the region of Blida have been taken over by urbanisation.  Blida also has the reputation of being a commerce hub that attracts a lot of business from different parts of Algeria.  ​