Blida was founded in the early XVI (16th) century. The word Blida originates from the classical Arabic word 'Boulaida', meaning small country or city.  It is the diminutive of the Arabic word bilad (country)/belda (city), which becomes in Algerian Arabic dialect Blida and used by the French during their colonisation of Algeria.
Blida was blessed with natural water resources and fertile lands. It would go on to become the capital of the Mitidja region in Algeria. Blida's history is part of the whole region's history. 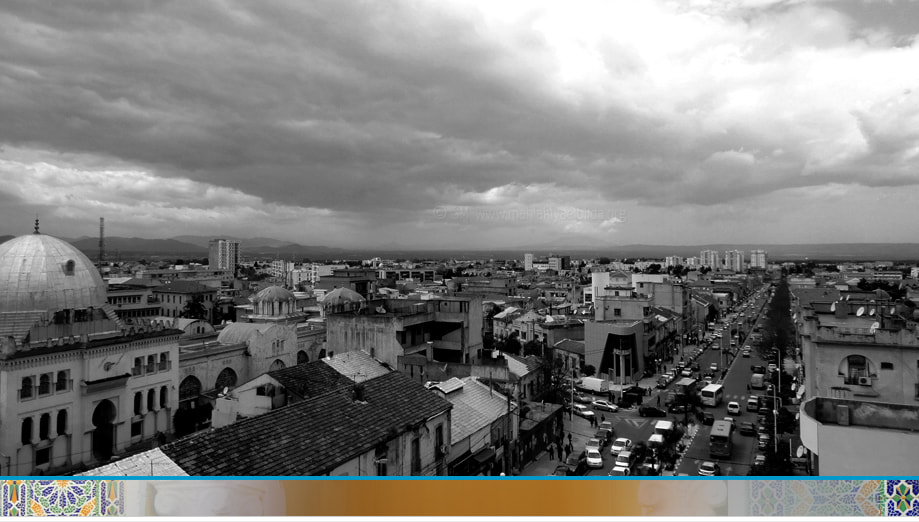 ​The French invasion and the local resistance

The French army took control of Blida seven years after their invasion of Algeria in 1830. There was fierce resistance from the habitants and local tribes of Blida and the neighbouring towns and villages in the Mitidja region.
​
​According to historical reports, on the 5th July 1830, just eighteen days after the fall of Algiers, the French army walked towards Blida and its neighbouring areas in the Mitidja region. Led by De Bourmont, commander of the French army, more than a thousand French soldiers took part in this mission. According to the French, this was a supposedly easy and simple military expedition. However, all did not go according to plan as the French fell under an organised ambush in Blida; led by the local tribes of Beni Salah, Beni Misra and many other tribes in the Mitidja plains. The French swiftly returned to Algiers. Notably, this was one of the first armed resistances against the French occupation. ​
Blida's high school, Ibn Rochd  (previously known as 'Duveyrier' at the time of  French colonisation), had many of its students ​join the war for independence against the French. Some of them lost their lives to free the country.

With the arrival of thousands of French and European colonies coming to live in Blida, the French started to develop the town with the introduction of administrative offices, banks, theatres, council, post office, public cafes etc. The look of the town’s architecture began to change; influenced by European and French architecture, their style of buildings and housing started to take over. However, as expected with the effects of colonialism, the two communities were clearly divided. This was most evident in the two markets: The Arab market (Placet el Arab) for the Arab autochthones near el Djoun in the south and the French market (Placet Enssara) in the north for the French colonists.
​The old wall surrounding the town was demolished in 1926; long streets and boulevards such as Boulevard Trumlet (present-day: Abdellah el Aichi), Rue d' Alger, Rue Coulougli (present-day: Souk) and many others were built instead. Place d’Armes at the time of the French occupation, now more commonly known as ‘Place Ettoute’ (Place 1 Novembre 1954), became the feature and iconic square of the town. The square was used by the French for military parades and to celebrate local festivities.  In the early 1930s, as many as two thousand European colonists came to Blida to work in the famous Joinville Psychiatric Hospital, also known as Frantz Fanon hospital.

The revolution to freedom

Despite all the development and the prosperity within the town, it was only a question of time before the start of the impending revolution, known as the war of independence to free the whole country of Algeria from the French colonisation. ​ 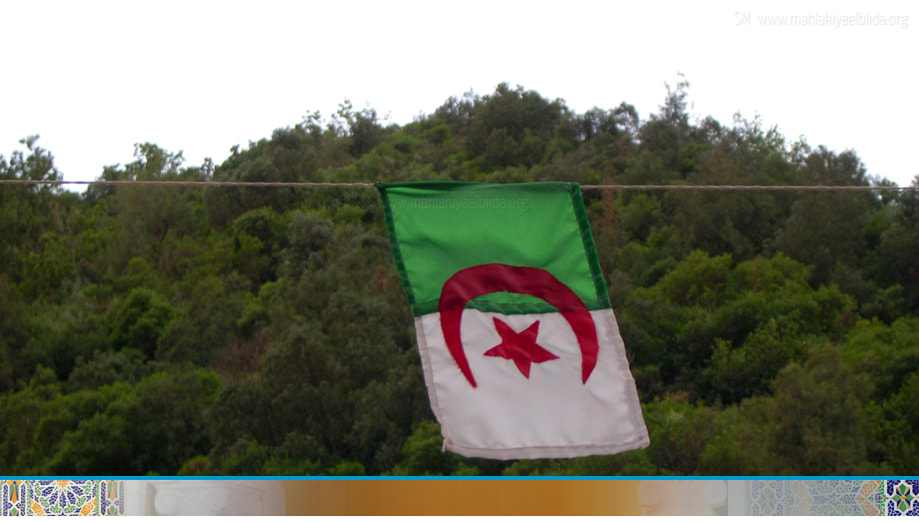 TAHYA EL DJAZAIR 'LONG LIVE ALGERIA': Behind the bars of colonialism, the Algerian people revolted for freedom
As in all cities, towns, and villages across the entire country, many in Blida joined (many of whom lost their lives) in the 1954-1962 war of independence against the French army. The first chahid (martyr) in Blida was Kediri Omar, also known as Omar el Ghoul. The popular sports club of the town ‘USMBlida’ had 26 chahid (martyrs) who gave up their sporting career and fame in order to join the war for independence. Some notable names include: Brakni brothers, Hamoud Daidi, Zouraghi and numerous others died during the war.