Sid Ahmed el Kebir was a pious and knowledgeable Muslim man.  In 1519, he travelled and settled at the convergence of the "Oued Taberkachent and "Chaabet ar-Romman" ‘Ravin des Grenades’, which is known as “Oued (River) Sidi el Kebir”, 2km from Blida’s city centre.  A zaouia (mausoleum) was set around this pious man.  It is in the Beni Saleh tribe area where Sid Ahmed el Kebir first stayed. 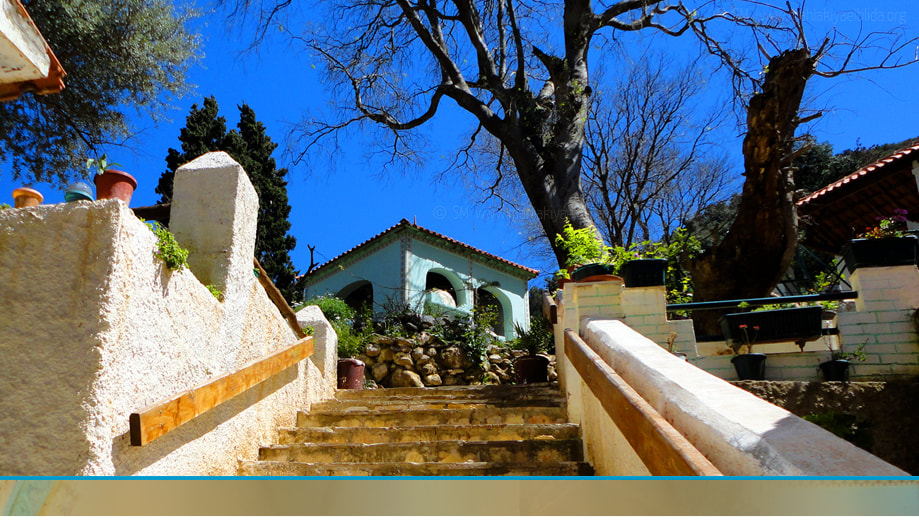 ZAOUIA OF SIDI EL KEBIR: A mausoleum with a long and rich past
Sid Ahmed El Kebir is said he has travelled and visited many places before coming to Blida. He visited Makkah, Damascus, Cordoba, and Istanbul and was known for his wisdom, leadership and negotiation skills. In his zaouia he taught the Quran, Islamic teachings, science and different life skills.
In his time he managed to negotiate peaceful resolutions between the local tribes in regard to the ownership and distribution of the river water. Sid Ahmed El Kebir helped by fighting alongside the locals in the Spanish invasion of Algeria. He also aided the Muslim Spanish refugees who fled Spain after they have been persecuted.

​The arrival of the Andalusians

​​ Vast areas of Mitidja benefited greatly from the water irrigation system.
Alongside the Andalusians, Sid Ahmed el Kebir and the
​locals started the plantation of  oranges, mandarins, lemon and other fruit and vegetables.
His father Sidi Belkacem is also buried in his zaouia. ​​For the local Blideens and other people from neighbouring parts of Blida and Algeria, his zaouia has become a day out trip to visit ‘the place of this great noble and pious man’, and to enjoy the beautiful scenery surrounding Oued Sidi el Kebir in the heart of the scenic Mitidja plain.  Sid Ahmed el Kebir has brought both spiritual and social life to the area of Blida. He was a wise and eminent person and will always be as the locals say.

A DAY TRIP: Enjoying the beautiful scenery of Sidi el Kebir and the Mitidja plain
The foundation of Blida as a town was also made possible after Sid Ahmed el Kebir managed to unify the local tribes of Beni Saleh, Ouled Soltan, Ouled Hadjar Sid Ali and others who were often fighting among themselves. Blida’s birth is mainly associated to its founder Sid Ahmed el Kebir.  It is him who gave it the name of el Boulaida. It is the diminutive of the Arabic word bilad (country)/belda (city), which becomes in Algerian Arabic dialect Blida and used by the French during their colonisation of Algeria.